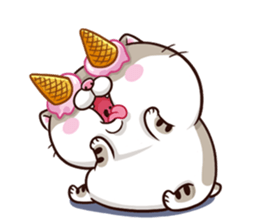 It's all one flower.

After half a century of civil unrest, the peace that lasted thirty years was lost and the Lacus Hunan region sinks into the scourge of war. A crowd play of ordinary people

who suddenly lose everything and twilight on the way.

the presumed Scootum Kingdom Navy, painstakingly left the scene with a demon asthma cannon and an engineer nayarburi. The

mobile broadcaster Praetermissa will begin an investigation in the city of Lyabina in order to consider the possibility of broadcasting in the city of Muscavito. Mutual support between the charities of the Autonomous Community

of Listwar and the Kingdom of Amitostigma begins to move.

Soon we will be celebrating a full two years since the beginning of the war on demonic asthma cannons.

◆ The presence or absence of

race, ethnicity, religion, or magic… A person of different circumstances, flirting with the situation, accidentally became one of us. We hold

each thought in our hearts, hand in hand beyond grace, and live together. The journey to

* Calibrating in order from before. The calibrated pages I've seen for myself and new posts since 29/12/2018 show the numbers in the subtitle in quadruple digits. If

you missed something, it would be helpful if you could let us know. The response will be a little later because it has been low on the surface lately.