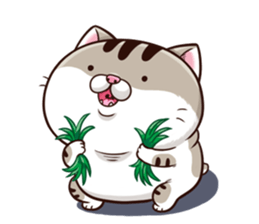 [Every person has an equal amount of Holders. which occupies a single slot is fine, but rare skills could occupy 4, 5, or even all of your 8 slots.]

That’s what Old Man Hinga told me at the Orb Mine where the , was unearthed.

However, us “slaves” were unable to acquire skills under the effect of contract magic.

It was on that fateful day.

The noble who owns the mine—– our “master” has come to inspect the Orb Mine.

A ceiling that collapsed due to an earthquake. A lump of rock that directly struck the noble’s head.

The death of the noble.

It’s also the moment when our contract magic disappeared.

The quick-witted slaves ran. Towards the warehouse where the Skill Orbs are stored. Then, taking away the rare skills, cleaving down the guards with unbelievable ability and magic, we leaped out of the mine.

It was a riot.

Late to the scene, there were no orbs I could pick up.

—-It’s over. I’m going to become a slave again.

In the time of despair, what I saw was the .

It held within it a skill that occupies 10 Skill Holders, the , “World Ruler”.

A non-standard Skill Orb that is of no interest to anyone but researchers, because there is no one who can use it.

However, I was able to take in the “Shinra Banshou”—– You ask why?

That’s because I’m a “Reincarnator”.

I held within me 8 slots more compared to regular people, making me have a total of “16 slots” of Skill Holders.

The mine is under siege and there is only one way out. In my hand is the mysterious skill “Shinra Banshou”.