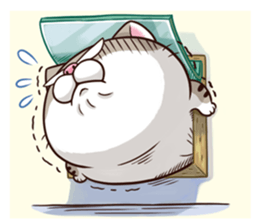 As a world of infinite flow of the famous ferocious god, Yega after customs clearance, deliberately hide the strength, in the supernatural phenomenon of the Authority's logistics department to find a idle job.

He thought he would be able to return to salty fish life and live a comfortable little life.

But what Yega didn't expect was...

One day, he opened the refrigerator, which revealed the evil spirit's head: "Boss, do you miss me..." Yega: "..." He "trump" a throw on the refrigerator door, fell into meditation.

So is there something wrong with the world? News is being broadcast

in the TV series behind it: "There have been frequent incidents in recent days, a sharp increase in the number of missing persons, and investigations are under way...

Infinite stream escape game accidentally collapsed, countless trapped in which the demons and monsters lost their bondage, for the scourge of the world. Only Yega, who cleared the customs, knew the truth.

Finally one day, he saw an unexpected monster. After two seconds of silence, Yegagan

You ran out, too. The man smiled and approached slowly: "The boyfriend has left home, of course I have to come out and catch him back."

Yega: "..." Who would have thought that, with the origin of the ghost door that caused a global sensation to open back to the world, there are ...