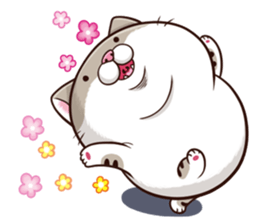 Jobs, hobbies, ways of life—none of them can be separated from VR anymore. That is the age that the world is in. And now, a VR game was developed using the most cutting-edge technologies; its name was Boot Hour, Shoot Curse. Our lead had no choice but to play solo during the closed beta test, but once the game officially launched, she matured, made many friends (though not necessarily the player’s friends), and formed a huge clan (though not exactly with other players).

The title of this story was just completely random, at first.

In the middle of writing the story, the title finally became relevant.

While thinking up the story, the game’s name was also random. There was no wordplay involved. But just remember: Curiosity killed the cat~

This story stars someone who does whatever she wants and treats all other players as walking buckets of experience.