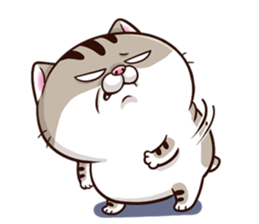 Hyperthymesia. Those with this condition can remember every detail of their lives from something as significant as the worlds turning point to something as small and as insignificant as a minor fleeting thought. They cannot forget and their thirst for knowledge allow them to be considered as a genius in some senses.

Legend has it that Ji Yushi was this kind of genius.

In addition, it was said that he was gay, and very beautiful.

As soon as the news that he was going to support Tianqiong’s seventh squad broke out, it sent everyone buzzing.

Everyone knew that the captain of the seventh squad, Song Qinglan, was a hoodlum and deeply homophobic.

He not only relied on his super powerful abilities to become the dark horse on the battlefield in less than two years, he also hates it when those at the top forces a flower vase into his squad.

Sure enough, Song Qinglan announced in front of everyone, “Useful? Us brothers are going out there working ourselves to the bone, we don’t need a little genius who can only speedread quantum waves!”

The squad was forced into a dire situation during their mission.

That beautiful little genius calmly continued on, every gunfire hitting the mark, his fighting power peaking.

Song Qinglan begged in front of everyone, “Adviser Ji, stay.”

At the end, he added, “I’ll work myself to the bone for you.”

Ji Yushi had a secret.

He would often be awake at night, suffering from memory overload and recurring nightmares.

There was only one thing that could let him fall asleep peacefully.

And that was Song Qinglan.